History of the Landmark

The Creation of The Landmark

...the two brick cones are built from more than 300,000 bricks?
...the foyer floor is made of white Carrara marble broken in to pieces and laid with black terrazzo grout?
...each cone is 22.5 metres high and built from Belgian white bricks no longer in production?
...the foyer is only 2.85 metres high?
...teams of four bricklayers worked on each cone, starting in March and finishing in December 1997?

North Devon's leading holiday resort, has a new £4.5 million arts and entertainment complex that has replaced the now demolished Victoria Pavilion theatre and is part of North Devon District Council's regeneration programme for the town.

Known as The Landmark, the building's unusual conical design has not only found wide support among the architectural community but won the financial backing of the National Lottery Arts Fund, the Rural Development Commission and the European Regional Development Fund. The District Council contributed £500,000 and Ilfracombe Town Council £120,000. The Landmark provides a comprehensive entertainment building, well suited to the site which extends to the sub-tropical gardens of the town's popular Southern Slopes. The building is attractive from all viewpoints, unlike many traditional theatres that have a pleasing façade but often an ugly rear view. The new complex comprises three public areas: the 483 seat Landmark Theatre, the Pavilion which is a multi-use flat floor space for functions and large enough to seat 150 banquet style, while the Rendezvous Café Bar, which is the foyer and bar area with a terrace which overlooks the sea, can accommodate up to 60 people.

Background to The Landmark Project

The Landmark had it's origin in a Civic Trust Regeneration Unit project established in the late 1980s. In 1990, the Council commissioned a survey of arts provision in North Devon and, in particular, the role of the council's two theatres, the Victoria Pavilion in Ilfracombe and the Queen's Hall in Barnstaple. As a result, the Queen's Hall was refurbished and like The Landmark, is now managed by the North Devon Theatres' Trust.

The Victoria Pavilion, was constructed in the mid l920s and, although it underwent major repairs 12 years ago, was in terminal decay requiring a great deal of money to be spent on its structure and services. In view of the high level repair costs and the severe physical limitations of the building as a theatre, the council took the decision in 1994 to replace it with a new building.

The new centre was conceived as a group of pavilions in the park, standing on the seaward edge. The primary design idea was to unify the various spaces of the sate and create a landscaped seaside park, extending over the site, of the quality offered by the Southern Slope Gardens.

Six architects were short-listed against given criteria and of the proposals submitted, the practice of Tim Ronalds Architects were chosen.

The brief to the architect called for a community theatre and visitor entertainment centre. The brief also called for full access for disabled people throughout the building. Tim Ronalds submitted six sketched ideas - each of which were later to be incorporated in one way or another in the final, approved design.

Reinstate the cliff path by grassing over part of the roof and to incorporate steps to enable walkers to once again have access to the slope.Provide two operating spaces - one with fixed, raked seating, the other for functions which require a flat floor, such as cabarets, etc.Construct the theatre as a circular shape with seating capacity of approximately 450.Provide users of the Pavilion with views of Capstone Hill and the sea.Overall, create a festive landmark for Ilfracombe's seafront.

The choice of the conical shape of the building stems from the consideration that it is likely to be viewed from all directions. Unlike a site on a street, The Landmark has no back or front but it is visible from all sides and above from Capstone Hill and below from the beach. The old Victoria Pavilion had the shortcomings of a conventional building and had demonstrated that a more sculptural non-directional shape was needed which offered seascape qualities when viewed from any direction.

Another consideration was the exposure of the site. The new complex is within a few metres of the sea, on a north facing coast which can be subject to strong winds, waves and salt corrosion. Two previous Ilfracombe Pavilions have been destroyed by the elements and this building needs to keep out the noise of winter wind and weather and keep in the sounds of entertainment.

Initial experiments carried out with the help of the Guild of Master Bricklayers established the minimal angle for laying bricks without formwork as 10 degrees. The inner skin, 230mm thick, using a red stock brick, was built first to allow work on the interior to start as quickly as possible. Belgian white bricks made from china clay - no longer in production - were used. Teams of four bricklayers worked on each cone, starting in March and finishing in .' December, and laying a total of 300,000 bricks.

A substantial quantity of the rock excavated from the site was suitable for re-use, the sizes varying from 300mm to 2.5 metres.

The foyer floor is white Carrara marble broken in pieces and laid with a black terrazzo grout. The marble came from slabs containing imperfections or weaknesses and was therefore available at a competitive price. After grouting, the whole floor was ground and polished, giving it a monolithic quality. This "crazy paving" gives the foyer a semi-external feel. A small area, left unpolished, is laid externally at the entrance, extending out to the approaching visitor.

The foyer is long and proportionally low at 2.85 metres high, with a mix of top light from the pyramidal roof lights and a wash of horizontal light from the full-length windows at either end. To maintain the semi-external quality - important to make the entry to the building feel like public territory - the colours in the foyer are muted, with blues and greys predominat ing. By contrast, the performance spaces are brightly coloured, giving a festive feel with reds, oranges and yellows. Where the performance spaces border the foyer, as, for example, in the theatre stair, their colour breaks out providing animation and focus.

A theatre with up to 483 fixed, raked seats

Catering for both the Theatre and Pavilion.

The building's two main areas - the Theatre and the Pavilion - can be used simultaneously offering the utmost flexibility. Virtually, the whole building and its surroundings are fully accessible to those with disabilities.

In both the Theatre and the Pavilion there are sound enhancement facilities for people with hearing difficulties. 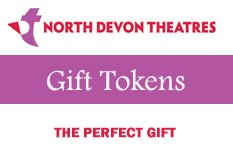