Despite this year’s production Cinderella only opening last weekend, tickets for our 2016 Christmas treat are already on sale. 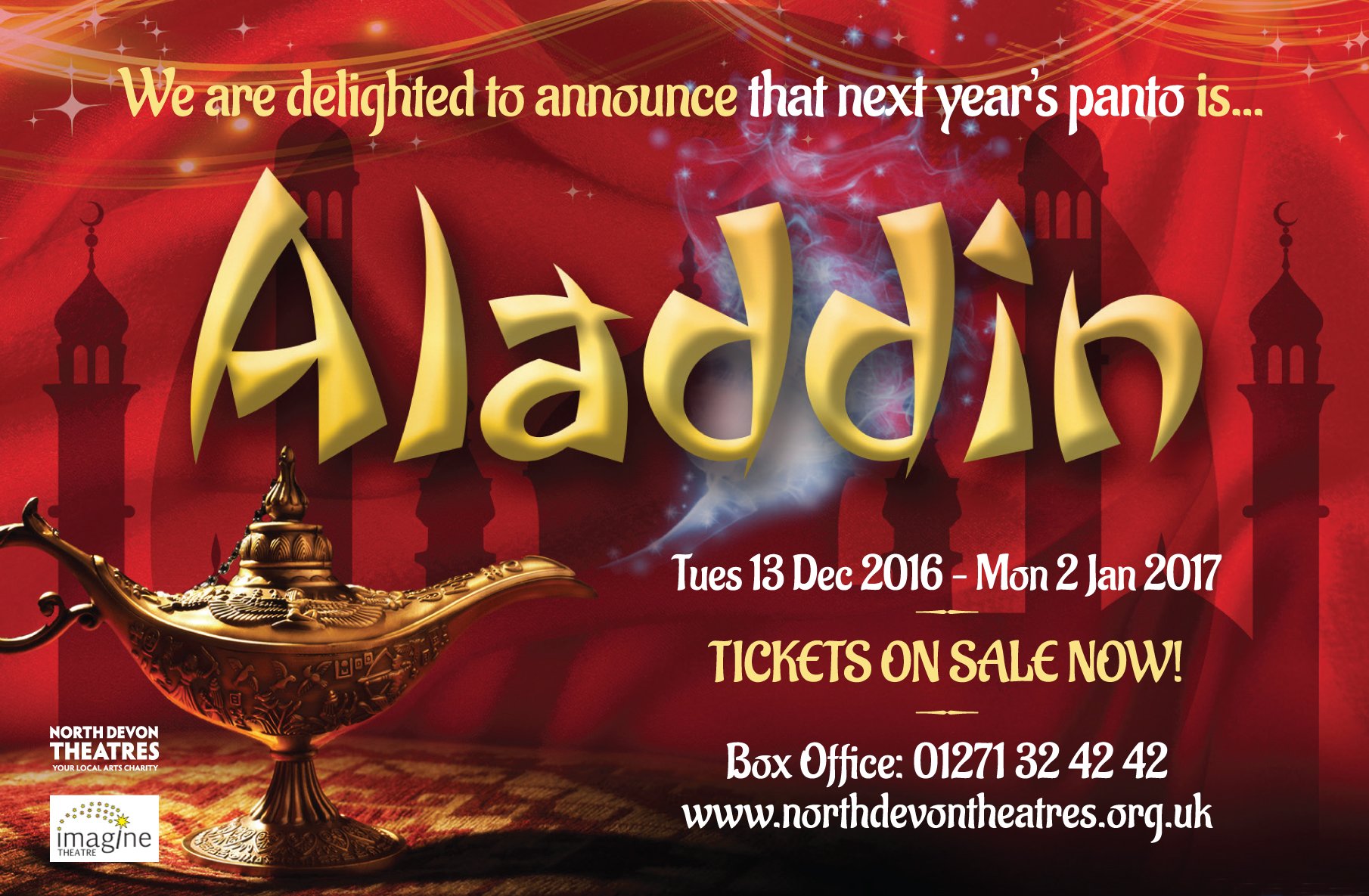 And keen panto goers can snap up a bargain with Early Bird tickets available for Aladdin available until 1st April.

Jo Lock, Head of Marketing at North Devon Theatres says: “From the production team that brought you this year's fantastic production of Cinderella packed full of magic and laughter don’t miss the fabulous Aladdin"

“Full of fabulous sets and costumes, superb song and dance routines and lots of laughter for the whole family, be sure to book early as it will sell out quickly”

Produced by Imagine Theatre in asociation with North Devon Theatres, the panto could possibly feature some of the Cinderella cast currently earning rave reviews at the Queen's Theatre in Barnstaple.

Tickets for Aladdin are already selling well, with Cinderella audience members snapping up seats for their chosen performances next year.

Cinderella can be seen at the Queen's Theatre until Sunday, January 3, 2016.

× View our other blog articles here